New legislation aimed at protecting workplace whistleblowers has been signed into law.

The Protected Disclosures Bill was recently passed by the Oireachtas and broadens an existing law to protect shareholders, board members, job applicants and volunteers.

Moira Grassick, Chief Operating Officer at Peninsula Ireland, has welcomed the signing into law of further protections for whistleblowers.

Moira says, “Ireland’s Protected Disclosure Act, 2014 is already one of the strongest whistleblower pieces of legislation in Europe. However, these latest laws will focus on creating more protections for workers in the private sector.

“These organisations will now need to look at adapting their practices to create or establish formal channels and procedures for their staff to make protected disclosures.”

Impact of the new law

“The new rules will initially apply to all public sector organisations with 250 or more employees but will extend to organisations with 50 plus employees on December 17th, 2023. A designated person will be required to follow a strict timeline for acknowledging and providing feedback when dealing with complaints and wrongdoings.

“The new bill has broadened the definition of a relevant wrongdoing and reversed the burden of proof in alleged penalisation claims.

“Currently, the burden of proof rests with the person alleging the wrongdoing. Reversing this means that penalisation will be presumed to have occurred in relation to having made a disclosure unless the employer can prove otherwise.

“These new amends allow the Workplace Relations Commission (WRC) or Labour Court to award up to €15,000 in compensation to job applicants who acquire information of wrongdoing during their recruitment process, in addition to existing penalties of up to five times the annual salary for breaching the rights of employees.

“The new measures will hopefully create a more welcoming environment for whistleblowers, but much will depend on how employers implement the more ambiguous measures.”

Need help with the upcoming legislation?

If you want to know more about these legislative changes, speak to one of our experts on (01) 653 3663 or request a callback here.

Billed as the ‘cost-of-living’ budget, the Government have announced a range of measures to help ensure the economy survives what looks set to be a […]
Read

Statutory Sick Pay scheme to come into effect in January 2023

The Oireachtas Committee on Enterprise, Trade and Employment has approved the Statutory Sick Pay Scheme. This scheme is set to come into place from 1st […]
Read 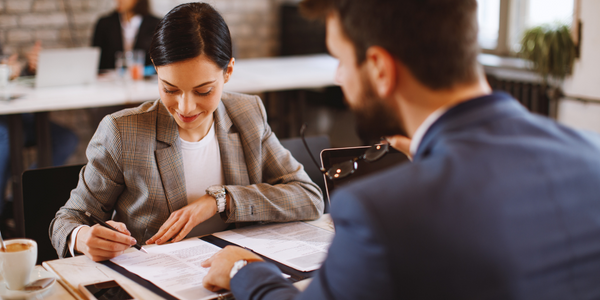